This is a Cryptologic video slot dedicated to the superhero characters of the X-men comic and if you are indeed a fan of the ever popular comic, then you’re likely to really enjoy this one.

The graphics are pretty awesome and feature all the characters. You’ll find Cyclops, Gambit Storm, Xavier, Rogue, Jean Grey, Night Crawler, Wolverine, plus the villains of course, Magneto, Mystique and Sabretooth. Xavier is the wild symbol and substitutes for all other symbols except for the X-Logo symbol which is the scatter and also acts as the trigger for the bonus game. If two or more appear, you will win something no matter where it lands. In the bonus game, Xavier locates four trouble areas in the city and your job is to choose which X-men to send out to each spot. You will see a life meter under each X-men during their fight and if they happen to win, your prize is dependent upon how much of that life meter remains. And even if you lose all the four battles, you still get a consolation prize. As for the other details about the game, it is a progressive jackpot with five reels and 9 pay lines. Hope you enjoy it has much as I did and perhaps even win a few jackpot prizes!

Here’s a screen shot of the X-Men slots game. 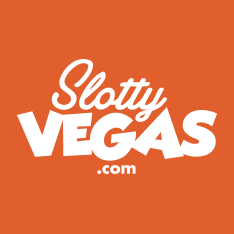